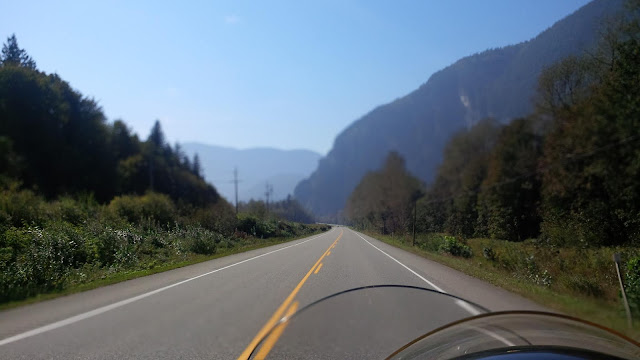 "You can't always be strong, but you can always be brave." (author unknown)

After John died, the first book I read was The Hunger Games. Then I moved on to Stephen King's IT, and now every night while I curl up in bed and Cooper noses his way under the covers or sits guard on the windowsills, I peck away at the mammoth story.

People have been surprised that I'm reading horror, of all things, and have mentioned how scary it is. Save for a short stint in my teens where I watched Nightmare on Elm Street and read The Shining, I've never been much of a horror fan. My very sheltered, ultra religious upbringing resulted in most things leaving me feeling somewhat disturbed so once I hit my 20s, I watched The X Files as a way to desensitize myself. These days, I do still love a good Stephen King novel.

"But ... Stephen King? Wouldn't you like a nice comedy, or a chick lit book? Why horror?" People asked this as I watched clips from IT on You Tube. (warning: if you follow this and watch them don't come back and tell me I gave you nightmares)

"You don't understand," I finally said. "Once you have experienced real life horror-watching the love of your life struggle and then the breath leave their body, fictional horror just isn't scary anymore."

When John was in the hospital for the last time and began to deteriorate, my primary feeling was terror. Sheer, blinding, unyielding, complete terror. I hardly ate. When I did manage to sleep, I was plagued with panic attacks. People trying to be supportive, bless their hearts, would tell me every horror story about wills and spouses dying that they knew. It was to the point where I believed that not only was I going to lose my husband, but life as I knew it would implode as well.

I can't really describe that kind of terror, but until then I had never experienced anything like it-and there was John from his hospital bed, still trying to protect me and make me feel safe by telling me repeatedly how much he loved me and how sorry he was.

Sorry. I'm sorry my lungs don't work anymore, that I'm leaving you, that we won't have more time, that you are left to pick up the pieces. Anne said she was sorry too. Why do dying people apologize for dying? Do they feel responsible for your broken heart?

I've been quite terrified over and over the past six months. Calling a funeral home and arranging for cremation. Portioning out ashes when I forgot to ask the funeral home to do it. The sounds of an ambulance. Dealing with the bank, CRA, and pensions. Each time I've steeled myself and tackled one thing at a time, pecking away at each job on my to do list that at first was so terror inducing. Each time you do one, the next doesn't seem so bad, but the fear still hits out of no where. The thing is, you don't really have a choice. Things need to be paid, taxes filed, arrangements figured out, and hiding is not going to make it go away.

Anne used to tell me that we all need to fall apart now and then, but don't unpack and stay there. I have had the wonderful privilege of having two people in my life who were the strongest, most brave people I've ever known and while they would scoff at me now and say they didn't have a choice either, I will never forget what they have taught me.

Life is going to throw some pretty impossible looking things at you, and the only way out is through. I'm choosing to go through with grace and love, because while I don't have a choice about my circumstances, I have a choice about how I handle it. Is that bravery? I don't know. John was always the go-getter in the family; the guy who, if he wanted to do something, would be out there chasing whatever it was no matter how crazy it sounded. Fly planes? Sure. Ride motorcycles? Absolutely. Get a boat, learn to scuba dive, buy a dive shop? Why not? I was the more anxious and unsure of the two of us, but was always up to come along for the ride.


As I held his hand exactly six months ago and we sat there staring at each other in an ICU, he made me promise to LIVE. It's my turn to be in the driver's seat, so to speak, even if it scares me.

Time to be brave, now. That's a promise I intend to keep.