Ten Great Substitutions When You Are Allergic To Everything 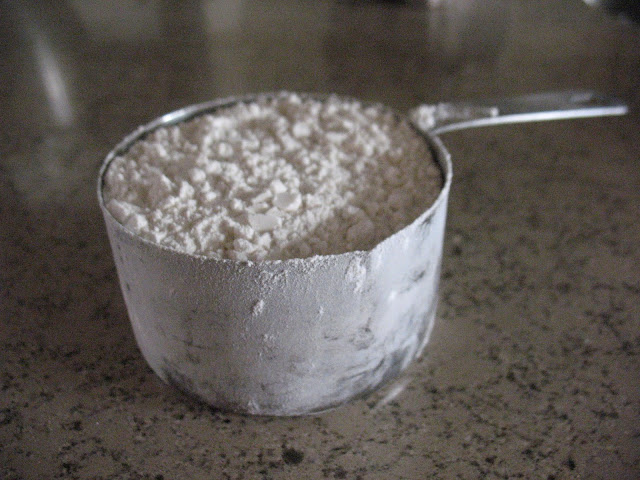 The first six months after I was told I had severe allergies, I really struggled with eating. It seemed like I couldn't eat anything, and often I was ravenously hungry and sad. Food is such an integral part of our culture, but what if you have multiple allergies? Eventually I decided I was sick of feeling sorry for myself and began really exploring how to make food interesting and delicious, but in a way that still met my needs. I tried a lot of different substitutions, but this is what has stuck so far. You don't have to have allergies to eat this way, you might want to adopt some of these ideas if you're choosing to avoid processed food as well.

Sour cream has cornstarch in it, which makes it unsafe for me-but Greek yogurt, especially the Olympic brand, doesn't. Being thick and not sweet at all, it's a perfect substitute in dressings and dips. I often put a dollop on my pancakes or fruit crumbles as well instead of ice cream or whipping cream. If you need to add a bit of sweetener, go ahead-but I've learned to love it on it's own. I only eat the plain ones because "natural flavour" is a minefield.

Jam is not only full of sugar, but often has high fructose corn syrup in it and so I avoid them unless I've made it myself or it's really high quality brand. Instead, I am now used to putting homemade apple or pear sauce on my pancakes and toast. There's less sugar, more fiber, and it's homemade. Plus it tastes delicious. Win, win! I also stir it into the plain yogurt mentioned above if I want a flavoured yogurt, because it's hard to find a commercially prepared flavoured yogurt that doesn't contain either natural flavour or a weird vegetable starch.

3. Tapioca starch instead of cornstarch

If I need to thicken a sauce or coat a piece of meat to fry, tapioca starch is my go-to. It behaves a little differently than cornstarch, but works well as a substitute.

4. Sunflower or pumpkin seeds instead of nuts

When a recipe calls for nuts I often will substitute these seeds with a lot of success. They are great on salads, over yogurts, in granola, etc. Even in some recipes where a small amount of almond flour is called for, I have made sunflower 'flour' in my food processor and it has worked well. I would also use them in place of nuts for pesto or to sprinkle on baked goods. One has to be very careful here though, because there is cross contamination. So far I haven't had an issue.

5. Kahlua instead of vanilla extract

Pure vanilla extract is usually okay, but the artificial ones have corn syrup in them. I often use Kahlua instead if I'm baking something with chocolate, because it's far cheaper and tastes delicious!

6. Oat cakes instead of crackers

Nairns oat cakes are wheat and corn free! I eat them all the time. The only other crackers that I found are pure rye ones. I have been known to whiz these up in a food processor for breading things as well. They travel really well too, so I often slip a package into my bag when I'm going somewhere just in case.

7. Barley or millet instead of rice

When I'm craving something grainy, I usually reach for barley or millet. Sure, I could do cauliflower rice, but I'm not always feeling it. I don't even miss rice really, so it's a nice change. I like to make extra and then freeze the leftovers so I always have some on hand and don't need to make it every single time.

8. Barley flour instead of wheat flour

For a time, I was able to buy Hamilton barley flour at Safeway and I was so happy. Barley flour works really well as a wheat substitute too when you want to thicken sauces, or use it for things like baking brownies and cookies. For some reason Safeway stopped carrying it and now I have a hard time finding it for a decent price, but I'll continue to look.

Sometimes when you are making homemade versions of things you need a syrup, and I enjoy using the Lyle's one (which is made from sugar cane) instead of corn syrup. It's pricey and super thick, but it works really well!

This may seem like a no-brainer, but often people don't think of it. Salad dressing is one of the easiest things to make-you simply get a Mason jar, put in your choice of oil, and acid (vinegar or a citrus juice), some honey, a bit of mustard, herbs, salt & pepper, give it a shake and bingo! Salad dressing. You can play around with the flavours. I have done a creamy one with Greek yogurt, lime juice and zest, a bit of honey. It's all a lot fresher than the store bought kind. Here's some recipes from The Kitchn to get you started.

Do you have any substitutes that you use? Let me know!