Yes, You Are Alone : Welcome to Widowland 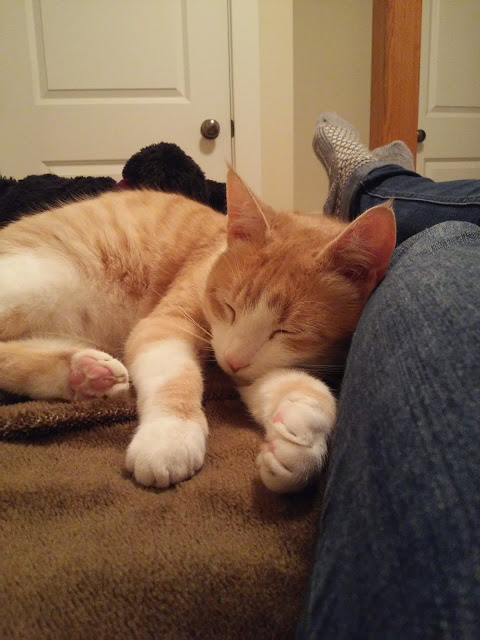 Widowland is one of those places where you just begin to think you have a handle on The Sads or realizing that you are alone and then suddenly something happens out of nowhere that smacks you upside the head to remind you.

Oh and please don't tell my I'm not alone, I have friends, and all that sappy stuff that sounds like an old Michael Jackson song. I am alone. It's okay.

The first time this happened to me, it was just a few days after John had died and I had finally dragged myself to a doctor only to be told that I had a chest infection. Damn right I did, the stupid virus that killed him had infected me too because life is just like that. Later I was wandering around Shoppers Drug Mart waiting for them to buzz me, and I stopped cold in front of the shaving cream as it suddenly occurred to me that my days as the bargain hunter, shopper, Gatherer of Things for the family were over.

Never again will I have to even venture into the men's section anywhere to buy anything. I can buy all the make up and useless crap I want and nobody is around to notice or even care, but in that moment all I desperately wanted was for life to be as it was before because that would mean he is still here, WE are still us, and I'm not just me. Well that's not going to happen, so instead I burst into tears in the middle of the store.

They do say denial is a stage of grief, right?

Then about two weeks or so later, I brought Cooper home and immediately wondered if I had actually lost my mind. Besides my childhood cat who was an outdoor animal and I don't remember EVER having a litter box, I had no idea what to do with a cat besides feed it. Also, how  much? Wet or dry? How often? So much to learn! After about a week of coaxing him out from under my spare bed, I had the seemingly bright idea that I could move his litter box to the spare bathroom because I was getting tired of vacuuming litter off the carpet. What I didn't realize is that Cooper, being the easily startled fur ball that he is, would panic at any noise whatsoever and go back under the bed, where he'd then do his business and hide wide eyed in a corner-which is exactly what happened.

Somehow I had forgotten that the bed frame is solid oak and weighs like, 1000 lbs (exaggerating here, but it's super heavy). Oh I'll just slide it then, I thought as I grabbed one of the posts and attempted to slide it over. The bed didn't move at all. I pulled harder and landed on my butt.

Fine, I'll take off the mattress and box spring! I wrestle them off and set them against the wall while Cooper, now being exposed and having nowhere to hide, completely loses his mind. He runs from space to space in the room, finally settling behind the mattress leaning against the wall and meows at me angrily. There's a nice pile of steaming cat poo on the carpet, and then a huge crash in the bathroom because the shower curtain rod has decided that it was a perfect time to dive from it's perch. Cooper growls and spits from his hiding spot because OMG NEW NOISES.

I clean up the poop and then begin to wrestle with the box spring and oh wow, this is more awkward and heavy than I thought. Like, MUCH MORE heavy. Look I know I've been sick and grieving and now I weigh something stupid like 107 lbs but I'm not that weak...am I? I wrestle with that thing trying to get it to sit just so on the bed frame as Cooper darts here and there, yeowling and obviously swearing at me in cat-language and then it hits me;

I don't have anyone to call for help. If I can't figure this out, I am stuck with this stupid mattress off the bed, a pissed off cat pooping on the floor, and a shower curtain that I have never reattached just sitting in the tub. There is no knight in shining armour. Nobody is coming to my rescue. I. Am. It.

Cue the whole put-on-your-big-girl-panties, I am woman hear me roar thing as I grit my teeth and haul that box spring back to it's rightful spot. Done! The next half hour has me half cursing at the shower curtain rod that for the life of me, I can't figure out. Not only am I too short to be able to put it back comfortably, but the rubber ends keep falling off and then to make matters worse, one exposed sharp metal end makes a small gouge in the drywall. This used to be John's job. He'd wave me off and claim he would take care of it, so I never did learn how to fix this stupid thing.

Finally I just sit in the tub with the whole thing across my lap and cry. I just want my life back. I want John to appear at the door, laugh, scold me for the gouge in the dry wall, then take the rod from my hand and show me how it works. As I'm pining for him I suddenly remember how some time long ago, he DID show me how you move a piece on one end of the curtain rod and BINGO, it fits into place.

I return the litter box to it's original spot and collapse on the bed in Cooper's room where he warily crawls from his hiding spot and purring all the while, curls up next to me with his head in my lap. I think I'm forgiven or at the very least, he seems to have a short memory.

At least that's what I'm going with.

At least I was, until I had the dream. I didn't share it with John because I didn't want to scare him. It wasn't even so much as a dream as a strong feeling in the midst of sleep; the weight of a ginger cat next to me purring, and the knowledge that John was going to die. Not a fearful state, but a … 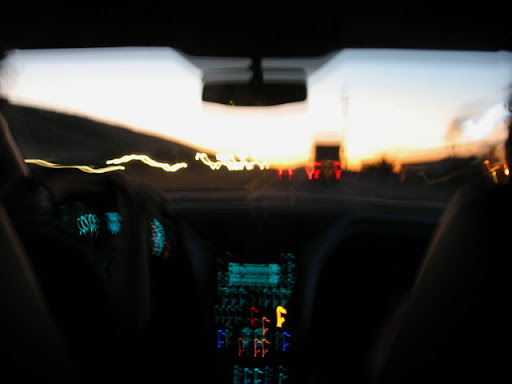