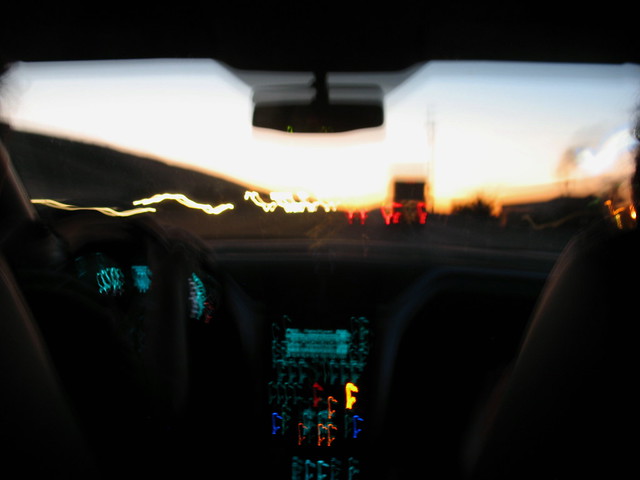 I couldn't help but think that if he he were still here, when they loaded me into the ambulance and said, "We're going lights on, okay?" he would have grinned and said, "YES! LIGHTS! Can I come?"

Ever the daredevil, that man. He was always the brave one. Me? I'm not nearly so brave. I like things safe. This was not safe at all - the urgency on the faces of the nurses and doctors. The woman having an angiogram before me who coded twice on the table. The thought in my mind that if I died then, at least John would be waiting for me.

The relief on the doctor's face when he saw that I only had a spasm, and not something far worse.

Then possibly the worst of all, being brought back to the hospital and tucked into bed in the ICU only three beds down from where I held John's hand and kissed his forehead as the breath left his body.

I have tried to weave the story together here, but to weave is to re-visit and there are some places I'm not ready to visit again. Instead I've muddled through the days trying to get medications sorted out and then somehow make it through the holidays where everything is about families and couples and love.

Now here we are on the first day of 2019 and my life is completely different from how it was just one short year ago. January 2018 was full of terror and hospitals before culminating into enormous loss. I could spend every new year, and every January re-living those days but I know one thing for certain; John would never want me to spend the beginning of every year that way. He'd want me to embrace it; spend time with friends, eat delicious food, and even more, write to my heart's content. He made me promise to live.

So in 2019, I'm firing up my daily awesome jar again. I'm making an effort to write more, and plan to take a stab at #365 days of photos. After a few years that were nothing but illness, injury and death, 2019 is going to be about LIFE.